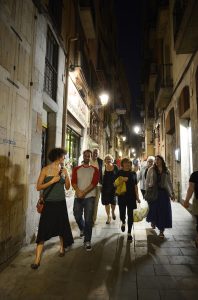 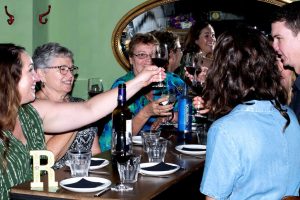 Many beautiful people have joined us on our food tours – and here are some of the lovely things they've said about the time they spent with us...

Thanks to their reviews we've been given a TripAdvisor Certificate of Excellence! 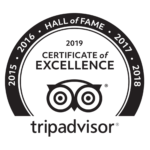 Emilee Bailey
January 26, 2023
All very easy & I was grateful they were so accommodating Maribel was our host and she provided great insight into their traditions and neighborhoods. None of the food and drink selections were ones I would have chosen on my own, which is what makes the food tour so special. I had a wonderful time and would go again. This process was all very easy and I was grateful they were so accommodating.
pelaminnesota
January 15, 2023
Highlight of our Barcelona visit We ate at three wonderful small restaurants and had a delicious variety of tapas. They were all unique places that we never would have found on our own. So glad we found this tour online- it was easy to book, and easy to find our guide in the Gothic quarter. So much fun- I highly recommend it!
joannegL1469SC
January 4, 2023
Best Food Tour Lorea was fantastic, professional and fun! The sites chosen were all walkable and provided a glimpse into the Gothic and Jewish quarters. More importantly, the food and wine were wonderful. We are still talking about it to our friends and neighbors. Well worth the money!!
rita52j
November 16, 2022
A must do for tapas experience My experience with Maribel was outstanding. She provided an excellent tasting at several fine local establishments giving our small group of strangers an evening with education about tapas and tasting the best, from wine to dessert. She was so inviting and personable. Walking pace was easy, food choices were delicious. Price point excellent. Highly recommend.
Kelly O
November 13, 2022
Great first night in Barcelona. I had this tour lined up to orient myself and give me an idea of tapas in Barcelona. The tour did not disappoint! I was introduced to tapas I have never tried before and enjoyed every single dish. The locations were top quality and I'll definitely return. Lorea took time to explain everything, as well as sharing her knowledge of the city.
Megan S
November 12, 2022
Ridiculous Food! We did three food tours on Portugal/Spain trip and this was the best one by far! The food was ridiculously good and appreciated the group was small. Gracia was very knowledgeable not only of Spanish food and culture, but history as well! I highly recommend booking this when you arrive to Barcelona.
John H
November 10, 2022
Amazing experience! This was the perfect tour for my wife and I on our first visit to Barcelona. Our guide (Lorea) was charming, knowledgeable and passionate about her city and Tapas. We were treated like family at every stop and the pairings and variety of wine and Tapas were fantastic! We'll be back!
Whitney Engstrom
November 4, 2022
We had a wonderful time PLENTY of wonderful cuisine...we really enjoyed our evening with our small group of 6. Highly recommend doing this at the beginning of your trip! Oh, and they accommodated a tree nut allergy without any challenges - even substituted an alternate dish for the one item that included nuts.
Regina L
October 30, 2022
Top tapas tour - honeymooners give it 5 stars! My husband and I took this tour on our honeymoon and it was amazing! It was so personalised and interesting. Our guide provided the history of the area and the food we ate, and was wonderful to converse with the entire night. The food was delicious, we loved walking around and being shown different historical monuments. We would 100% do this again!
Stacey S
October 25, 2022
Unforgettable Personalized Team Tasting of Barcelona We had an INCREDIBLE personalized food tour. We were a large group who gathered together in Barcelona for a work meeting and wanted to do a food tour as a team event. The team truly knows the city, its restaurants and vendors which led to such an unforgettable experience. This is a tour company you can trust to get an authentic Barcelona experience.
1 2 Next » 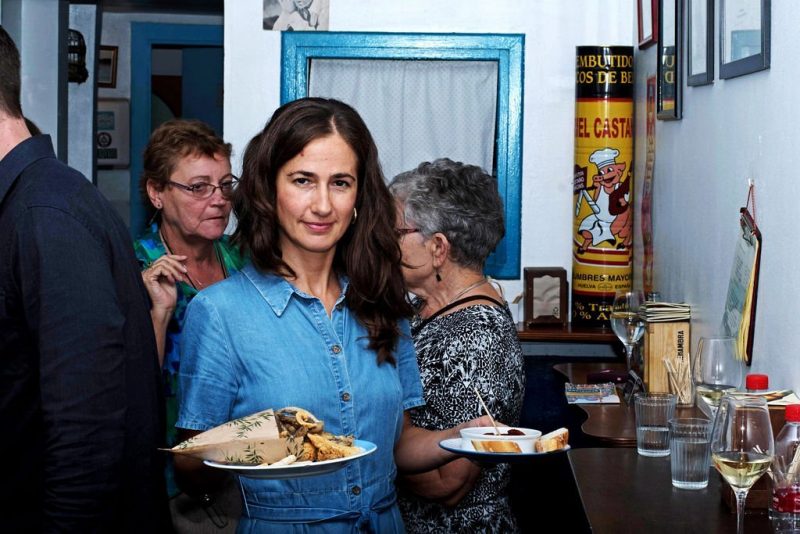